My mother. Everyone loves her. Lord & Lady know why, but I’ve apparently been “blessed” with what has been termed “A cool mom”. But there’s a downfall. I have to live with her as my mom.
My mom stumbles upon weird and crazy shit (when not creating it, herself). She finds weird books. Case in point? 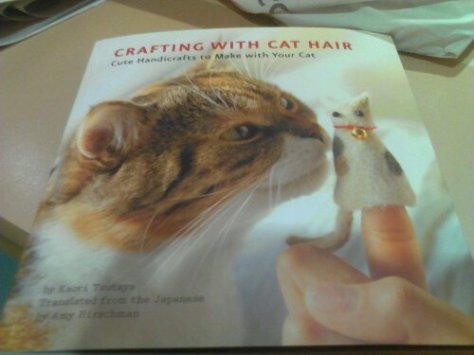 This. Seriously?!? Yes, I bought it. Cricket sheds so much, I’m surprised he still has fur. But I wouldn’t have it if she hadn’t found it.
Mom’s new fascination? She wants a smartphone. Not to make calls. Not to keep up with her blogs (yes, plural) or other social media. She wants it for one singular, solitary app.
Mom wants Songify.
She finds those videos of autotuned news reports hilarious. But she doesn’t want to do that. No.
You see, Mom can’t sing. Family legend states that when I was two years old, Mom was singing a nursery rhyme to me. And, supposedly, I said, “Mommy, please stop. Your singing hurts my ears.”
Songify will cure that for her. So her ingenious idea?
Record all of her stories, then autotune them into songs for my siblings & myself.
Seriously.
So, we were out yesterday, cause my phone kicked the bucket & I needed a replacement. So, at the first cell phone store, she’s looking at a display case of used phones. She doesn’t buy one because the cheapest they have is $100, & she just spent oodles @ Best Buy buying a laptop. (She almost bought an android tablet, but thought better of it.)
When we get to a location that can actually solve my phone issue, the guy notices I’m the only person on my plan, & asked if Mom would be interested in being added to my plan. She said no. She only wanted a smartphone for one app, & gave the guy her speil. At the end, she asked, “You wouldn’t happen to have a used smartphone that no one wants that I could have?”
” *chuckles* Sorry. I actually would give you one if we had one just to check it out. And I’m totally downloading that app now.”
So…
If you have an old smartphone that you’re willing to part with, Mom wants it. So so badly. She even joked (at least, I hope she was joking) that she was going to peruse Craigslist & eBay.
*headdesk*